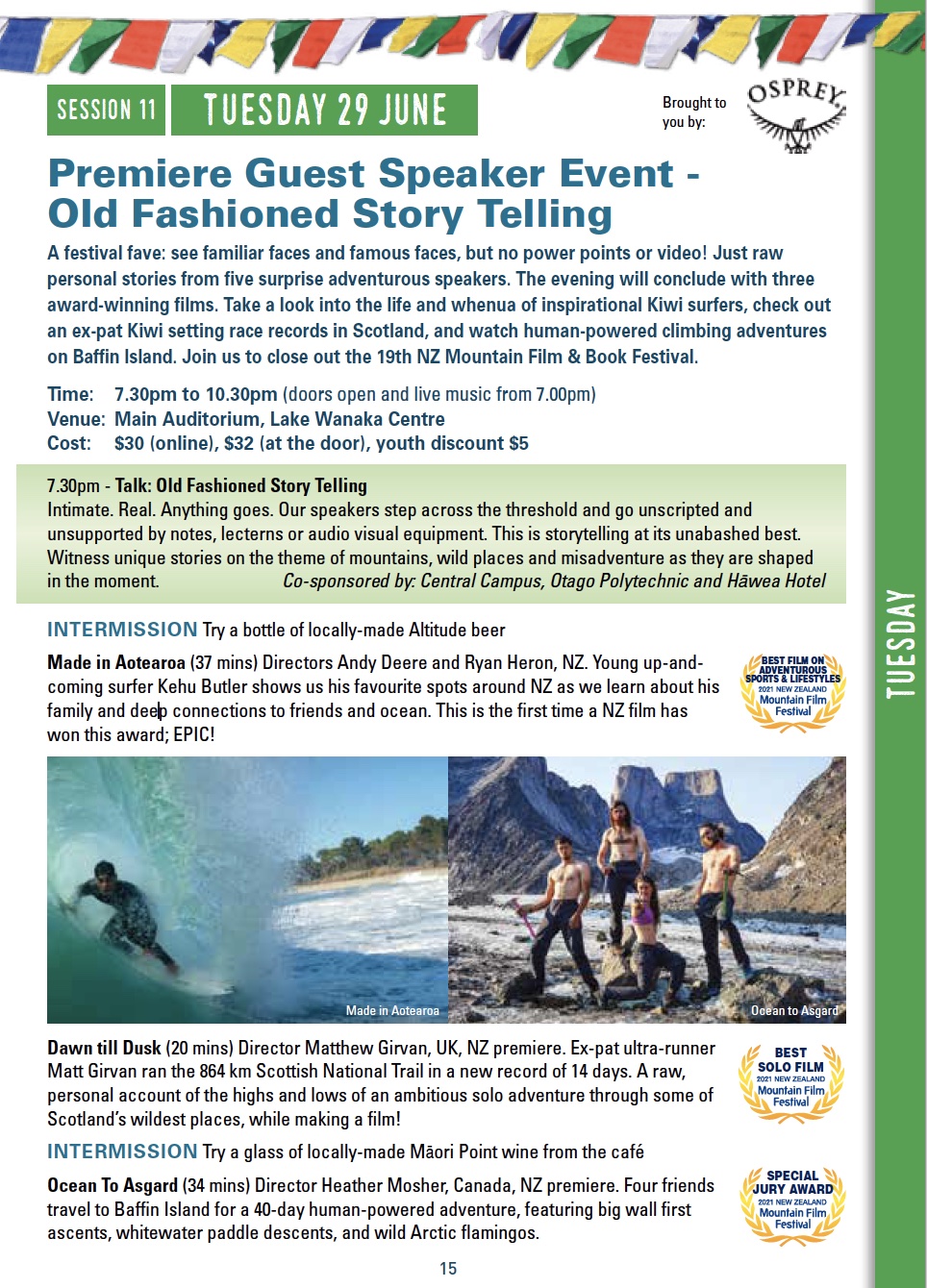 A festival fave: see familiar faces and famous faces, but no power points or video! Just raw personal stories from five surprise adventurous speakers. The evening will conclude with three award-winning films. Take a look into the life and whenua of inspirational Kiwi surfers, check out an ex-pat Kiwi setting race records in Scotland, and watch human-powered climbing adventures on Baffin Island. Join us to close out the 19th NZ Mountain Film & Book Festival.

Our speakers step across the threshold and go unscripted and unsupported by notes, lecterns or audio-visual equipment. This is storytelling at its unabashed best. Witness unique stories about mountains, wild places and misadventure, as they are shaped in the moment. This year we hear from Dougal Allan and Brian Elder.

Brian Elder – From his early days Brian Alder has spent his life entwined within the outdoors community. After choosing to go to Otago University because “that’s where the best climbers were”, he took the climbing-bum route of travelling and working to climb in New Zealand and worldwide through the 1980s and early 1990s. Best known for being involved in first ascents of some of the most sought-after test pieces such as the East Face of Pope’s Nose in MANP, Brian changed tack faster than an AC75 and over the next 15 years was a prominent figure in the NZ outdoor industry, holding the role of Sales Manager at Macpac until 2008. Now in semi-retirement in Golden Bay, his early background in outdoor instruction led to opportunities as a mountain bike and cycling guide around the world, which fuelled a passion for bikepacking. He now works for DOC on threatened species research projects and fills in his time riding bikes and creating bikepacking adventures such as the Tour Te Waipounamu.

Dougal Allan – Local man Dougal Allan has competed internationally in adventure races, Multisport events and long distance triathlons for 15 years. He holds a degree in physical education and runs a coaching company called DA Endurance Ltd. Dougal is the current coast-to-coast world Multisport champion and also the course record holder for the Challenge Wānaka triathlon. He lives in Wānaka with his wife Amy and two children, Flynn and Matilda.

Tara Mulvany – Tara will take to the stage on Old Fashioned Storytelling to riff about one of her more hair raising episodes. She has many solo kayak journeys under her belt and in amongst them has some good tales to tell. She was the first woman to circumnavigate New Zealand’s three main islands by sea kayak and she completed the first-ever kayak circumnavigation of Svalbard Archipelago. This summer she traversed the Southern Alps by foot. She will recall on of her favourite adventures on the Old Fashioned Story Telling stage.

Mark Sedon  – Mark Sedon not only puts the festival together, he is also a ski guide, paraglider, kite surfer and adventurer with more than a few stories to tell. He might be Ski Guiding in India, kitesurfing in Peru, or ski touring in Greenland but we don’t know what story he might tell! Mark has had a few close calls in his life and a whole bunch of adventure, we look forward to hearing about one of his favourite episodes.

Scotty Simper – Scotty is a mountaineer and filmmaker. Last year he caught COVID in Nepal while making a documentary about Sherpas for a Canadian production company. He reached the summit and knew something was wrong! He will tell this tale and more in the Old Fashioned Story Telling session.

Max Quinn – Max is an expert at working in cramped spaces, inclement weather, dark, cold places and remote locations. His life has been a long romance courting tarantulas and burrowing owls in the Tibetan plateau, emperor penguins in the Antarctic, sled dogs in the Yukon, and whales and polar bears too. He will be telling a story about one of his wild adventures! 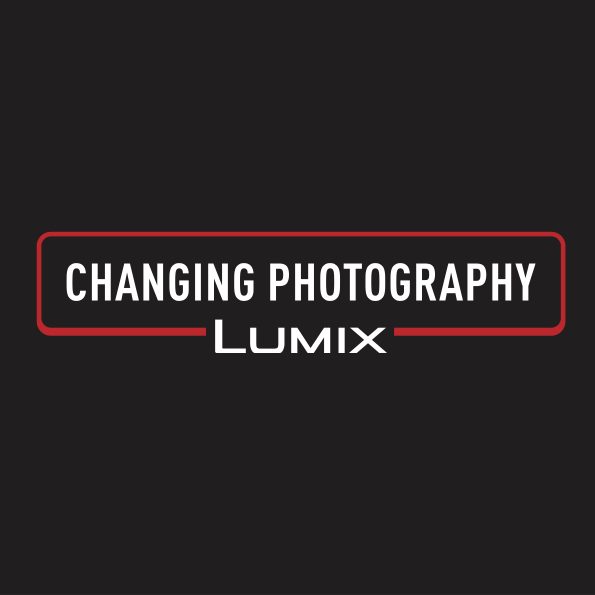