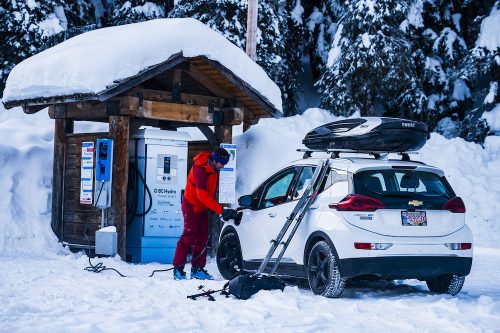 Have you managed to expand your bubble, go surfing, catch a fish or sneak in a longer walk or bike ride? We hope that the move to Level 3 has opened up some work and fun opportunities for you. We are looking forward to the next downgrade!

Our festival plans are shaping up but they are also super flexible. Our goal is to run the 18th NZ Mountain Film and Book Festival in several small venues in Wanaka and Queenstown simultaneously from 26 June to 28. We have booked five smaller venues because we expect events and gathering numbers may still be limited at this time. This means if we are limited to 100 people, we can run the event in several places at the same time. We will be set up for social distancing and seat numbers for contact tracing. We will abide by all the rules and guidelines and set up the best and safest event we can under the unusual circumstances!

Festival Director Mark Sedon says the Trustees decided to plan the several smaller events as they worried people might still be hesitant to attend the regular venue with 380 seats, even if NZ is at Level 1. It also allows them less financial risk if the live event needs to be cancelled and all the shows go solely online. We had to make the difficult decision looking into an uncertain and quickly changing future. There will be no Trade Show, Art Display, Charity Auction and only limited prayer flags. But we do hope to get everyone together in small social groups. The tickets will be cheaper and many of the Festival staff are working voluntary or for much less than normal. We are dedicated to bring what could be NZ’s first live event post COVID-19.

The events will include the popular Opening Night, guest speakers, award-winning films and books. The trust has received over 188 entries in the filmmaker competition including a record number of NZ made entrants (25) and the best of these films make up the sessions in the popular categories like: NZ Pure, Snow Show, Environmental and Cultural. These sessions will be hosted in Wanaka and Queenstown simultaneously from 26 to 28 June and online from 26 June to 5 July.

The ability to run the event this year has been largely due to the continued generosity of sponsors, and patron and friend donations. We can’t thank you all enough. After our last newsletter we received many donations to support the festival and raised over $1,500 for this years event. Queenstown Lakes District Council and Community Lakes Trust, as well as many long-term sponsors, have supported the reshaping of the event. These contributions mean we can give 2020 our best shot and look forward to being in a strong position to host our full-scale event in 2021. After 18 years of building this event we are incredibly appreciative and humbled by the support. The continued financial support from you all has been incredible. Thank you!

This year our speakers will include Scott Donaldson and Jo Haines. After 61 days, Donaldson became the first solo kayaker to successfully paddle from Australia to New Zealand. The landing was his second attempt after having had to abandon a previous attempt in 2014 due to a broken rudder, 84 days in and 80km from land. Donaldson was the tenth paddler to attempt the passage; he survived curious sharks, lightning storms and some mighty squalls. He will talk about this adventure at the film festival this year.

Jo Haines is travelling the world, three months at a time, on a bike. Each autumn she sets off from Albert Town to explore another unique corner of the earth. Haines reckons over the years, “Our tyres have gotten fatter, our loads are getting smaller, and the trails are getting quieter and rougher.” The list of destinations and journeys is impressive. Haines has chosen to speak about her travels across Georgia, Armenia, Tajikistan and Kyrgyzstan.

PrevPreviousThis festival was one to remember!
Next2020 Grant SchemeNext